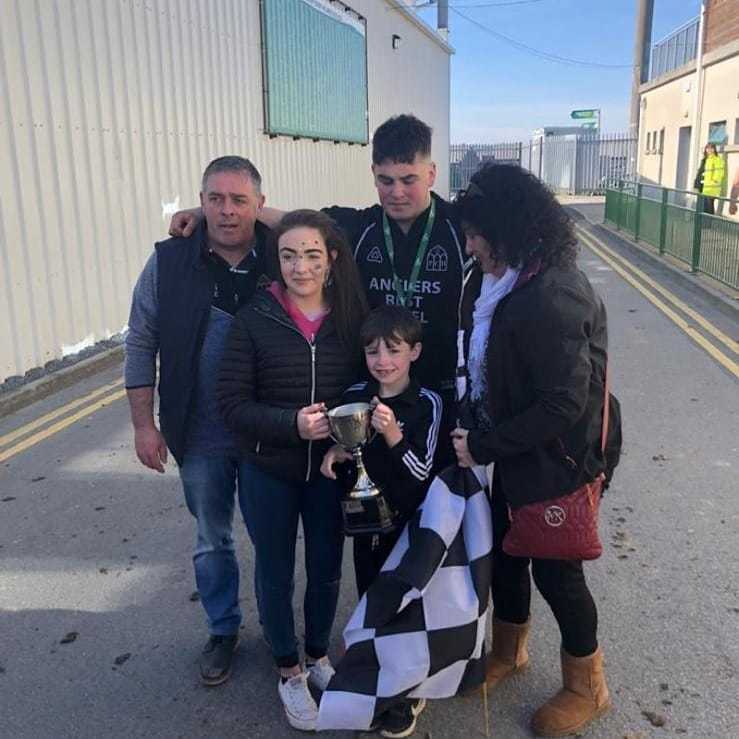 Download our mobile app to hear more about Corrib RFC.

The Committee, Members and all involved with Corrib RFC would like to extend our heartfelt condolences to the family of Noel Egan on the terrible loss suffered yesterday. There was a palpable sense of utter disbelief as news circulated yesterday afternoon of his untimely passing.

Noel was a fantastic supporter of Corrib RFC and a regular at all home and away fixtures down through the years. His enjoyment of the game increasing greatly as he watched Niall's steady development into a fine player. The subtle look of pride in his face whilst watching some great piece of skill by his son was both subdued and clear all in one and was a lovely thing to witness. The number of those moments growing even more watching Niamh flying on the U-16 Girls and young Seán scoring tries with our Minis U-11s.

Noel was a key contributor to the setting up of that Minis Section of the club a few years back. A great member of the coaching teams through the age grades and fantastic company in the clubhouse for a pint after a match. Our club has lost a true stalwart.

Words do little in times like these, but nevertheless, to Maggie, Niall, Niamh and Seán we would like to again offer our condolences and support to you in these most difficult of times.

We are currently processing tickets for the autumn nation...

Thanks to everyone who supported

Following a three-year hiatus due to the pandemic our ve...

We have reached the end of another hugely successful seas...

Corrib RFC are an ambitious and rapidly growing club on ...

Get live information for Club on the ClubZap App